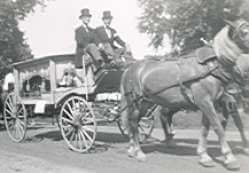 Ruegg Funeral Homes, Inc is a combination of several local funeral homes that were established in the 1931.Our current day firm was started back on March 1,1931 as The Gish Funeral Home, by former owner Norman Gish. In 1939 William and Frances Coder established the Coder Funeral Home of Piedmont. By 1944 Norman and Lois Gish purchased the F.C. Yates Funeral Home of Piedmont and combined it with the Gish Funeral Home. By 1950 William and Frances Coder and Mr. and Mrs. Thomas Julian opened the Coder Funeral Home in Williamsville. In 1951 Norman and Lois Gish and Marvin and Marjorie Bowles purchased the Marshall Funeral Home of Greenville and changed the name to Gish-Bowles Funeral Home. In 1962, James M. Ruegg became employed with the then Gish-Bowles Funeral Home in Piedmont and Greenville. In 1964 Mr. Ruegg attended the Dallas Institute of Mortuary Science receiving his degree in mortuary science, and serving his apprenticeship. He then answered the draft call to the United States Army and served bravely in Vietnam in 1966.

During James service time, Marvin and Marjorie Bowles purchased the interest in the Piedmont and Greenville Firms on January 1, 1966.

Sadly, Norman Gish passed on September 28, 1966 at the age of 56 shortly after his retirement. On January 1, 1972, the last merger of the funeral home as it stands today took place. Marvin and Marjorie Bowles of Gish-Bowles Funeral Homes of Piedmont and Greenville and William and Frances Coder of 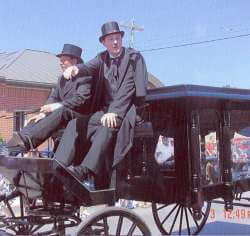 Sadly as with Norman Gish, William Coder passed on July 17, 1974 after a brief illness at the age of 65.

After operating for many years after as Gish-Bowles and Coder under the direction of Marvin and Marjorie Bowles, the firm was sold to James M. Ruegg and wife Frances, on January 1, 1988 and was renamed on September 1, 1988 to it’s current name Ruegg Funeral Homes, Inc.

After the purchase Ruegg Funeral Homes, Inc became known as a true family business. A few short years after the business purchase Frances retired from the Clearwater school system in Piedmont to accept the responsibilities as the office manager for the funeral home. Alexander Ruegg and Blythe Ruegg also took positions in the funeral home after the purchase. In 1996 Alexander Ruegg began attending mortuary college at St. Louis Community College at Forest Park and received his Associates of Applied Science in 1998 and began serving his apprenticeship under his father James. Alexander became fully licensed in 1999 and has served in many different capacities under his father and mother.

Pre-Plan
Pre-Arrangements Form
Have The Talk of a Lifetime

A year of daily grief support

Our support in your time of need does not end after the funeral services.  Enter your email below to receive a grief support message from us each day for a year.  You can unsubscribe at any time.